The vocal recordings for my debut album have started and i am so thrilled!

This album was literally re-written 3 times! I started writing it in 2016 and then scrapped the material and started writing new songs in April 2017 as i felt i had changed as a person A LOT within that one year and i wanted a different sound for my first album.

September 2017 saw me sitting in a studio with Jovan Ducret for the first time brainstorming on the demos I brought him. The demos were all just piano and my voice. Many of the songs however didn’t reflect my personality as I found myself once more looking for more depth and honesty in my craft.

So 2018 found me revisiting and remaking some of the 2017 songs and largely writing new songs to go into the album. Early 2019 and frankly 2 weeks before vocal recordings started i was still working on new songs and was bringing them in.

Interesting cases are songs like ”Over Your Head”, which i wrote in 2015 with the intention to give it to a balkan pop producer but the chemistry never really fit and the song stayed in my drawer until 2017 when a house music producer wanted to take it. This didn’t work either and so the song was left aside once more. May 2019 i pulled it out and gave it a different second verse and came up with this beautiful oriental-like bridge and I decided to put it on my debut. This song felt like a risk. I thought to myself ”does the world need one more reggaeton song?” but I went for it because of what the song meant to me and how it had stuck with me from 2015 all the way to 2019.

So these days I am laying vocals for the album and there are songs like ”I Didn’t Die” that i can’t wait to sing because of how challening they are and the emotional depth they carry.

Having said that, you can tell I am happily busy over here. Can’t wait to share this album with you! You could expect it to be released at some point in late 2019 if all goes well. 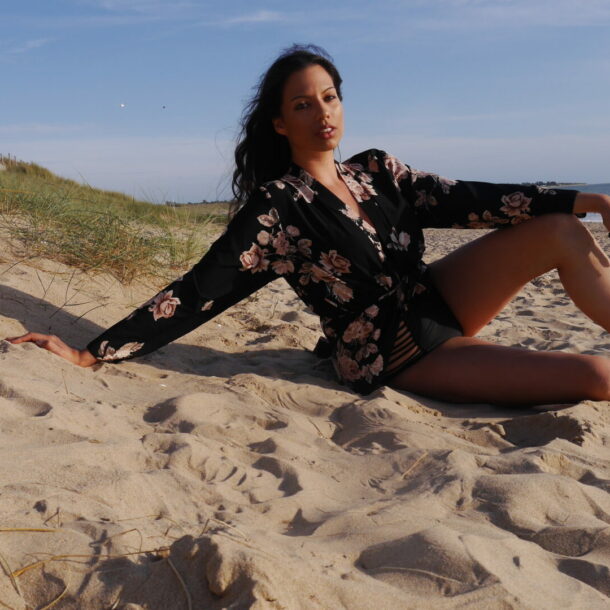 A month in France & shooting 'Alchemy' music video
Next Article